As with his first several diaries, Dailey recounts his travels, the people he meets, including separate black classes, and his physical and emotional state throughout. This diary begins with a brief account of the Philadelphia meeting, which Dailey describes as disagreeable, and his assignment to the Cambridge circuit, which he explains is the same as the Dorchester circuit to which he was previously assigned.

Dailey travels through much bad weather on horse and by canoe to preach, visit with the sick, perform baptisms, marriages, and funerals, and attend tent meetings. He also attends the Baltimore conference and records the names of the preachers he met there. Also during this time, Dailey's younger brother dies of typus, and Dailey's wife bears a second son. 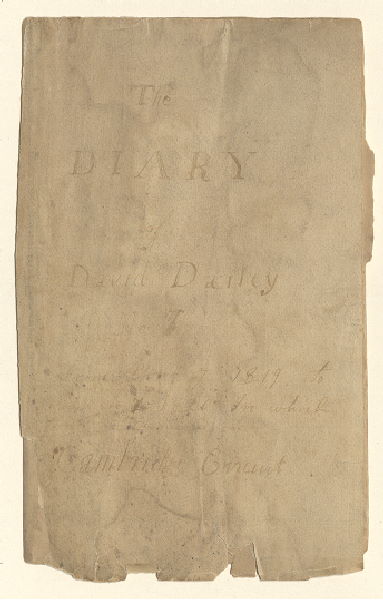