September 14th, 16th, 21st, and 23rd the Athenaeum of Philadelphia hosted our project with CLIR for a workshop in four parts, which you will find below.

Each date we focused on different aspects of this CLIR Project to Digitize Philadelphia Congregations Early Records.

September 14th was an overview of the project where Carol Smith – Archivist at Christ Church – spoke about the origins of the project. Watch it at the link below:
Athenaeum Transcription Workshop with CLIR Session #1

On September 16th, we focused on the rules surrounding transcription of the many different types of documents that have been scanned as a part of this project.
To watch this, please click on the link below:
Athenaeum Transcription Workshop Session #2

During Session Three of the Athenaeum Workshop of the CLIR Project to Digitize Philadelphia’s Congregational Early Records held on September 21st , Walter Rice, the Digital Consultant on this project, provided us with a tour of how the Athenaeum of Philadelphia scans these many documents. He also reviewed what happens with the scans and the many working parts that make all the data they convey appear on the website for viewing.
View this session at the link below:
Athenaeum Transcription Workshop with CLIR Session #3

The final session of the Athenaeum Transcription Workshop with CLIR held on September 23rd, we learned about how the information from these scans can be and have been used in many ways. We had the authors, historians, and scholars Bill Quigley and Libby Brown talk about their use of these types of records.
To listen and watch, click the link below:
Athenaeum Transcription Workshop with CLIR Session #4 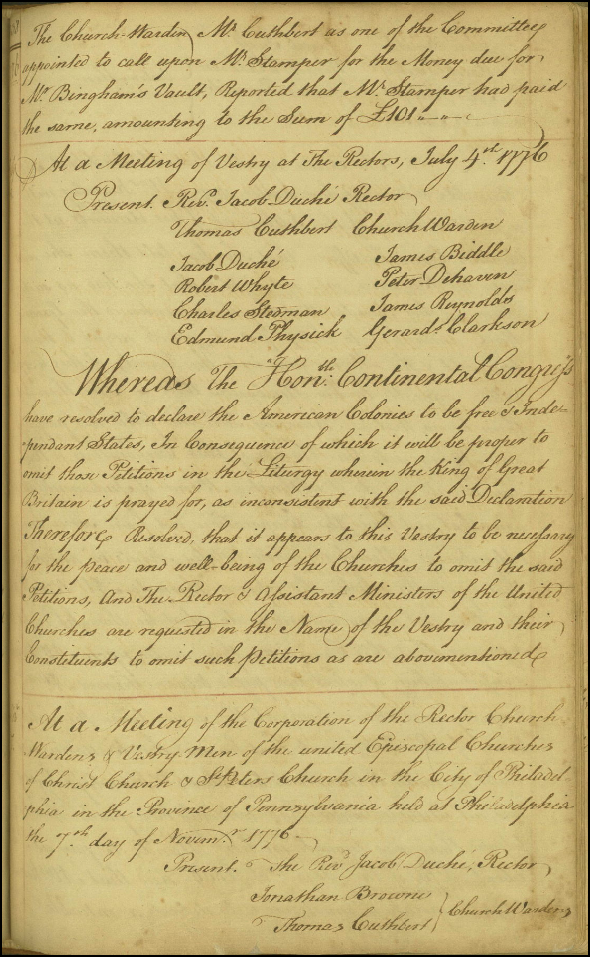 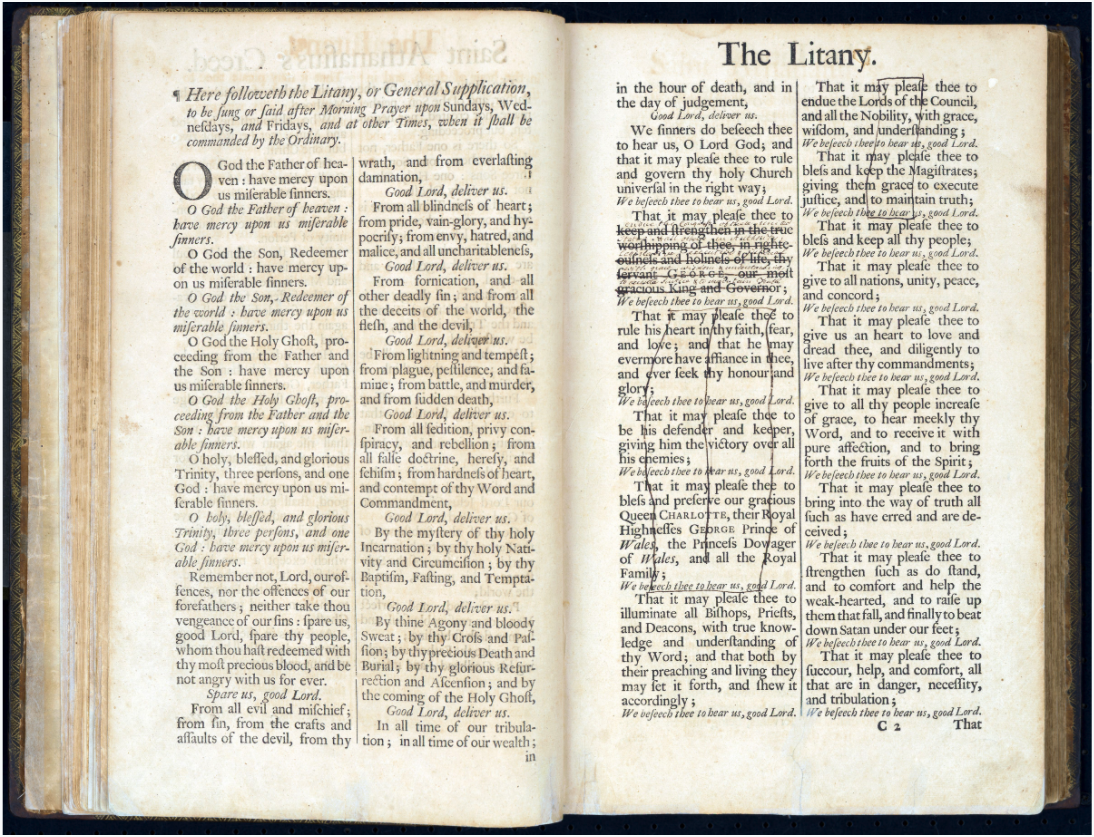 We are doing a major push for transcription, and if you have any inclination, check out our “Help Transcribe!” page. Check out the two pages to begin transcription:
Transcription Guidelines Getting Started with Transcribing

On May 2, 2018, the Athenaeum hosted an open house for consortium members and their guests. Attendees learned more about the project, the historical records to be digitized, and the scanning equipment.

Last year, we held a seminar held at the Athenaeum of Philadelphia on April 3, 2019 featuring talks by Jim Duffin, Dr. Ann Norton Greene, Jubilee Marshall, and Jean Wolfe on the different uses of historic congregational records and unveiled our new website. Below you can listen to the recordings of each of the presenters.

Religious archives can sometimes be seen as only a source of genealogical or demographic data but they often contain much more. I shall give examples of how I’ve used the records in Christ Church’s archives to assist with my research and mapping of eighteenth century property ownership in Philadelphia.

I will discuss my senior thesis, which focuses on black burial grounds in Philadelphia prior to 1850, and how I was able to use burial registries, vestry minutes, and other types of religious records to uncover how race impacted burial practices (and vice versa) in the time period.

As a musicological researcher of 18th-century composers’ lives and music manuscripts in European churches and archives, a move to the Philadelphia area enlightened me to the restoration needs of American cultural resources. After a degree in historic preservation and over 25 years of documentation of the built and landscape environment, I will exemplify that religious baptismal, death, and trustee minutes are critical keys that can open doors to further research.

History After Hours: Death and Taxes

A Museum of The American Revolution Event

At the Museum of The American Revolution’s History After Hours event, Death and Taxes, on April 16th, representatives of the “Digitizing Philadelphia’s Historic Congregations project” demonstrated the new website, which brings together newly scanned records from a number of Philadelphia’s historic congregations.

Not surprisingly burial records were among the ones displayed! Visitors could get an overview of the project
as well as viewing specific records.

History after Hours: A Revolutionary Staycation

A Museum of The American Revolution Event.

The project consists of six congregations and three archival repositories who have made an effort to digitize the records of eleven of Philadelphia’s historic congregations and make their records available digitally. All of these items are available on this site!

Christ Church, Philadelphia is commemorating the 150th anniversary of the death of the Rev. Benjamin Dorr, the Church’s rector from 1839-1868.  Dorr had the difficult job of holding together a split congregation during the trying years of the Civil War, compounded by his worry over the fate of his son, Captain William Dorr who served in the Army of the Potomac. Bill Quigley wrote a moving history of these two individuals: Pure Heart: The Faith of a Father and Son in the War for a More Perfect Union published by Kent State University Press in 2016.  Professor Quigley will speak about his research and the roles these two men played in their own time and the lens through which we can view their actions today.

The Civil War echoes ever more ominously in the partisan politics and culture wars of our time. Mocked by monuments to the Confederacy and its leaders, American ideals are enshrined, instead, in older, truer monuments to American heroes Benjamin Dorr and his son, Captain William White Dorr. As acknowledged by The Journal of Southern History, theirs is “a story rightfully restored to history about character, integrity, faith, forgiveness, atonement, and the passions of the human heart in a world turned upside down.” Theirs is also a story of firmness in doing right, as God give us to see the right, in a time of perilous national division. Never more, in the 150 years since the Reverend Dorr’s death, have Americans needed to hearken to his story as we do now.

This lecture is jointly sponsored by the Episcopal Diocese of Pennsylvania’s History Committee and Christ Church, Philadelphia.

On Wednesday October 23rd, 7 pm at Gloria Dei (Old Swedes’) Church off of Christian St. & Columbus Boulevard Carol W. Smith will provide an overview of an exciting project which brings together the records of 11 of Philadelphia’s oldest congregations including Gloria Dei in one unified website. She will discuss the background of the project, what is still to come and how best to use this website for all types of research from genealogical to social history.

This free event will take place in the church sanctuary, followed by a reception in Riverside Hall. For a modest donation, enjoy gourmet cheesecake by a local pastry chef, paired with moscato wine, coffee or tea.

The goal of workshop is to receive feedback from volunteers on our transcription rules in order to improve them for volunteers in the future, and to train volunteers to learn how to transcribe so they can train others at their respective congregations.

Food, drinks, and other snacks were served to volunteers.

On Tuesday July 7th at 11 am, there will be a Zoom Coffee Hour for transcribers!

If you want to join, please email either Carly Sewell or Carol Smith.

How did our countries ancestors fair in times of trouble and tribulations? What can we learn from them now facing our own time of trial and tribulation?

We are looking for people who want to help transcribe some of our amazing documents that we have scanned so far.
If you have any inclination, check out our “Help Transcribe!” page. Here you can see our two pages to begin transcription:
Transcription Guidelines
and the page on
Getting Started with Transcribing 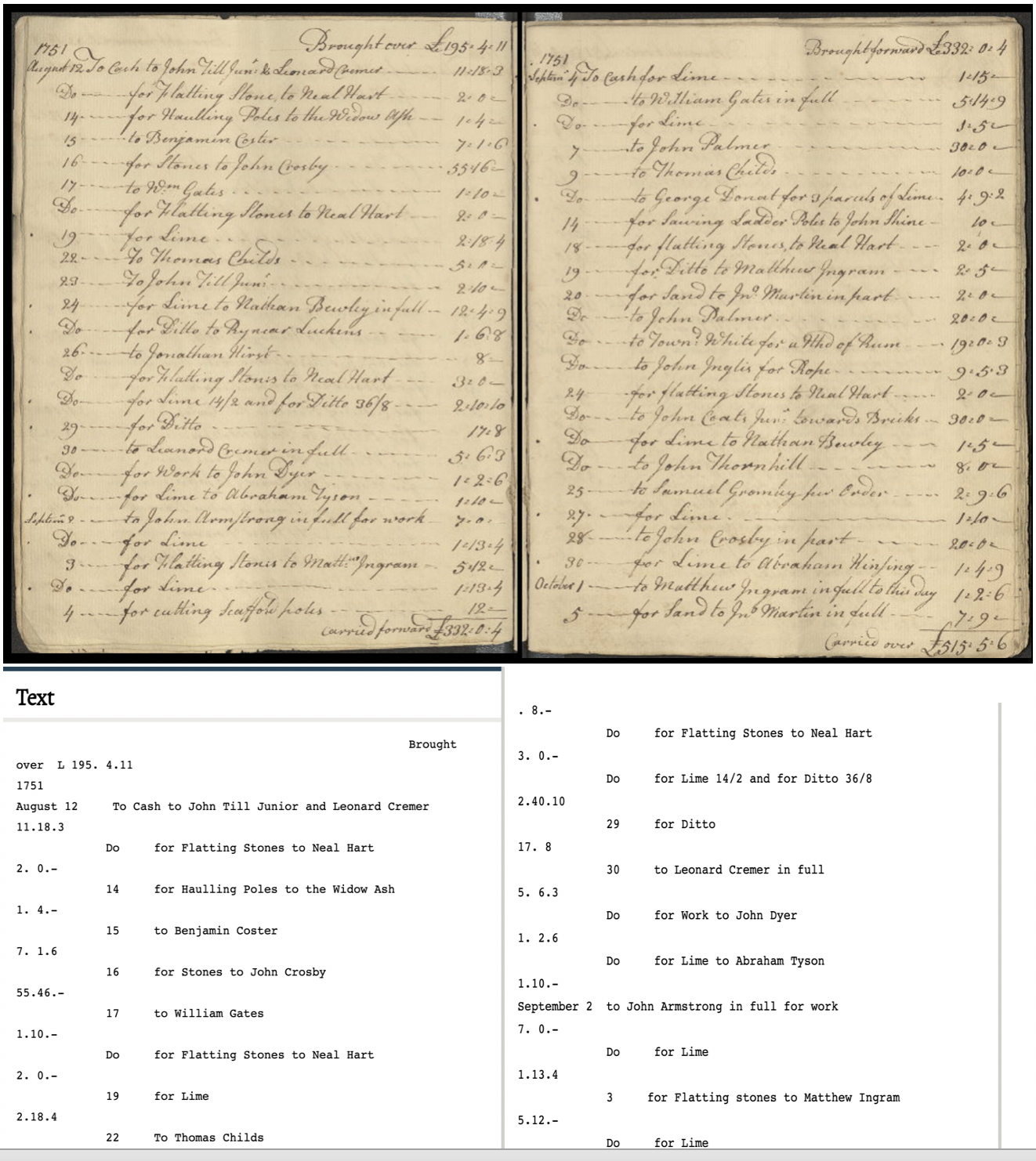